Okay, so there may be a clue in the title.

Between the jigs and the reels of the Bike to Work scheme and various shenanigans, I seem to have finally landed my new bike. I say ‘seem’ as in fact we had a slight speed bump on the road in relation to the groupset. It’s not a big deal, and the shop have been great about it. It’s all down to a slight confusion with model numbers and specs, so when I say I have my new bike, I technically don’t have it, per se. I did. And now it’s back in the shop getting a few parts upgraded.

Hey, look on the bright side. It’ll be all done by next week. All that remains after I pick her up is to put the pedals on and give her a name.

The bike is an Orbea H30, 2015 model. It comes with Shimano 105 5800, which in layman’s terms means 11 speed. The crank is 34x50t and the cassette is 11-28t. This would be a typical sportive or compact set-up, or in other words, not a pro’s choice. This works for me as I am not a strong cyclist, and prefer to keep my cadence high, and that means staying away from the big ring at the front. A wuss, in other words 😉

The upside is that climbing should be fine, and there will be plenty of climbing to do on the Ring of Kerry this year, and beyond.

The bike frame’s geometry is also designed to be easier on the body and soul than a more aggressive tri-bike. I wouldn’t fancy one anyway, nor do I see myself getting tri-bars. The further I lean forward when peddling, the harder I find it move the diaphragm and get a good lungful of air. I generally only drop down to the lower bars when I’m whizzing downhill at great speed; I usually tip away on the hoods. (All things being relative of course; ‘great speed’ in this instance may not be that great really, though I did notice the other day, on the way back from the bike shop, as I took a similar route home to the one I cycled at the weekend, that I was actually going downhill faster on my bike than in the car).

I didn’t have a large budget when choosing the bike, so I was lucky to find this model. It was the last one in the shop, and Orbea changed their frames this year to match in with that new, curvy Specialized look that is popular right now. So these straighter bars look kinda’ dated but in reality there’s precious little difference, bar of course, a few hundred quid in the price. It’s aluminium with carbon forks, which is standard for road bikes these days.

The Orbea story is very interesting. They are a Basque company, and started out life in 1840, with three brothers. They made handguns. After World War I, the market in firearms declined and they used their expertise in metal-working to make bikes. 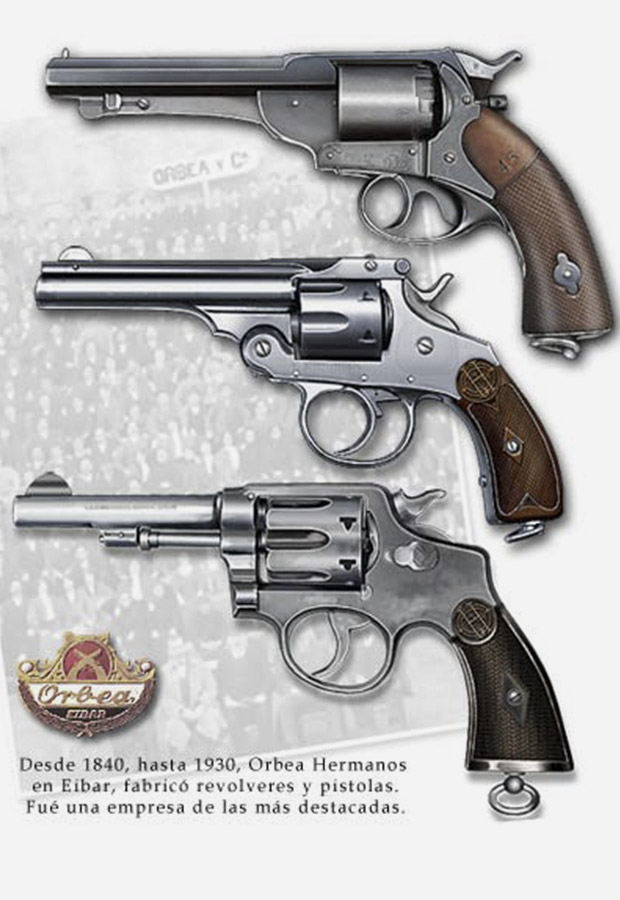 After 1930, it was bikes only, and as with all big bike companies, the coveted recognition was to have some success in the Tour de France which they did with Spanish champion, Mariano Cañardo. In 1969, the workers formed a co-operative and took over the factory. In the 80’s they returned to competitive road racing, and also branched out into mountain bikes. They do a range of tri-bikes of course.

The Basque country has quite a history, not unlike Ireland. I’ll leave you with this quote from their website:

WE ARE THE BASQUE COUNTRY

The Basque Country has an innate passion for cycling, a perpetual love of the sport from edge to edge. It is a paradise for a cyclist to take on the road, on a bike sharing experiences with friends, but also a land of cycling champions and legends, who suffer to conquer the peaks. It’s in this environment that Orbea has thrived, making cycling integral in the fabric of Basque Country society.

We saw the growth by the roadside of cycling for everyone, and we grew up riding an orange tide that arose in the valleys of the great mountains of the Pyrenees. Each Orbea retains something of our environment, the Basque Country , our mountains, our temperament, our spirit and our momentum. A responsibility to love was born here, and our enthusiasm conquered the world.

One thought on ““Bicycle, bicycle, ‘coz all I wanna do is…””