Just for the record, that gag above is not one of mine. It’s just one of millions of jokes that have gone viral online (pun intended). This one is peculiarly Irish, but you get the sentiment, no doubt.

So how’s your new normal working out? Are you having chocolate biscuits for breakfast? Is it okay to eat a tube of Pringles for lunch? How early is too early? It does seem like something of a contradiction that you have all this time on your hands, and yet the simple act of preparing dinner is beyond you.

At this point in proceedings, if you were on a fitness website, you would be soothed with promises that help was at hand. Relax! We got this! You would be able to download a workout, print it out, stick it on the fridge, and with a few simple household objects, perform a gym routine. Triceps dips on a cooking pot. That kind of thing. But this is not that site. Apologies.

But you can have more fun with linguistics than gymnastics. Let me explain. The English language is a wonderful and slightly overbearing thing. Like COVID-19, it has gone viral. It’s a global pandemic. The bastard offspring of sensible Germanic parents, this wayward child was stealing fruit from the markets of India and China for years, borrowing from its French and Spanish neighbours (and occasionally returning, many years later, when the original was worn out and long-forgotten), and unearthing old gems from the Romans and the Greeks. Imitation and flattery. Not such a crime when it’s language. If we’re dealing in antiquities, it’s less subtle. Take the Elgin Marbles, for example (which is exactly what the Brits did). Stealing, I think it’s called. I digress.

The English language. It’s the original melting pot where the pot is the known world, the alchemist is the once great empire of Britain, and the fire underneath is global trade, as carried out by sailing ships and steam engines. In such a manner was it forged. Or ‘stewed’ might be a better term.

And so we arrive at a point where the language has coded itself into just about every nook and cranny. Not that it’s the most spoken; that would be Mandarin Chinese. English is number two on the list, but if you note the amount of non-native to native speakers, it’s way ahead – a mark of its ubiquity. Also in the top ten list are other European languages that invited themselves into the sitting rooms of the world and remained ever since. This explains outliers such as Portuguese, which sits at number nine on the list with about 230 million speakers. Spanish is even more prevalent, at number four, with more native speakers than even English. That’s empire for you.

So where was I? I was setting out my stall for a brief but fascinating study on the intricacies of the English language, with particular focus on that oft-overlooked but critical part: the preposition.

Remember back in the day when you had to parse a sentence? No? Let me refresh your addled mind. Consider this: “John went slowly to the shops”.

John is a noun, as is shops. Went is the verb. Slowly is an adverb. And there other parts too, in most sentences, such as adjectives and conjunctions. At some point, words such as ‘clause’, ‘subject’, ‘predicate’ and ‘object’ may drift in and out of focus. Don’t be alarmed. It’s all those chocolate biscuits you had for breakfast. It will pass.

If there was a college where all the constituent parts of sentences (the building blocks of language) went to study, then you can imagine there would be a hierarchy, just like there was when you were a student. Think Monsters University for words and you’re there. 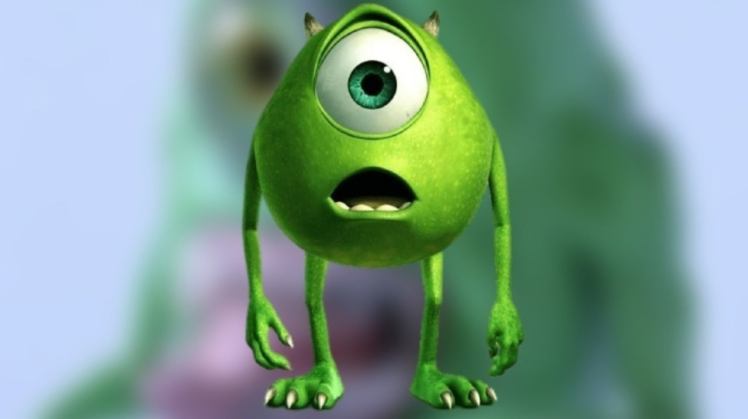 All the nouns would be present, like English poetry students, pondering the very nature of being. Most would stare wistfully out of their dorm windows into the quadrangle and dream of being subjects, whilst the nervous types would fear that they would never be the ‘John’ but always play second fiddle and end up as the ‘shop’. Or object, if we are being particular. It doesn’t matter how many times their parents told them, they know. John always goes to the shops. The shops never go to John. (Of course, if they knew about Amazon.com, it might have saved a lot of sleepless nights…)

The verbs, as is their wont, would be in the gym, working out and limbering up for a day when they would be running, jumping and lifting heavy objects (Get it? Objects? Never mind…). Then they would be hitting the showers, and flicking their towels at less physical doing words, such as pondering and considering. Well, they’ll get a land in second year, when their professor informs them that verbs can (gasp!) be turned into nouns. Just like that! A cheeky verb at the back of the class tells the professor to go take a hike, and the professor says ‘exactly!’ (As he turns to the chalkboard to demonstrate the difference between verbs and adverbs, he mutters to himself ‘wait ’til the cheeky buggers discover that non-finite clauses contain non-finite verbs… verbs in the infinitive, present participle or past participle form that are not supported by an auxiliary… ha, ha! That’ll teach ’em!’. It’s fair to say the professor drinks too much sherry and needs to get out more…)

Nouns, meanwhile, get wind that they can be turned into verbs of late (“quick – text that to Samantha in Second Year!”), which cheers up the objective ones a little, but sends the subjective types into something of a tailspin. This growing-up business is hard…

Well, in this college, where the vast bulk of students are nouns and verbs, all vying for a place in the big, important sentence, there’s a small class of rather strange kids. Think of them as Mike Wazowskis (the little green guy above). Without all these strange little dudes, there’s no way to stick that sentence together to make it work. Sure, we need a verb and a noun, but we usually need to qualify those words with some ‘colour’, so we add adjectives to nouns, and adverbs to verbs. They are the crayons in language’s colouring book.

But we still need other bits. Other ‘qualifiers’. Stuff. Glue. Velcro.

Sure, someone will point out that the shortest sentence in English works with just a verb. Don’t believe me? Go check it out! (It’s probably that cheeky student we met already – the one giving lip to the professor, though I doubt it; he doesn’t seem that sharp). And then one of the nouns will argue that the 3,687 word soliloquy in Ulysses by Joyce is a thing of beauty, and a fight will nearly break out in the food hall later… I mean, come on! It’s not even a sentence… it’s, like… well… it’s Joyce, for God’s sake! The guy doesn’t even understand punctuation! That’s like a world without gravity! Madness!

Things get a little heated.

The verbs start to pick on the nouns.

But then little Mike pipes up. Well, his real name is Of. He challenges Give, one of the biggest of the verbs. The verb looks down in scorn. There’s nothing you can do for me, little man. Stay out of this.

Not so, says Of. Without us, you are lost in translation. The adverbs bristle. This is fighting talk.

Well, says Of, do you want to give out? Or give in? The verb stops for a second, tray raised over his head. What do you mean?

Now the whole room is quiet. Everyone is watching. Even the conjunctions. Neither looks at Either. And puts down her bun.

Exactly, says Of. Perhaps you want to give up? Maybe you should give over? Because you’re certainly giving off… something… phew! Of pinches his nose.

Or what, says Of. You gonna’ jump up? Or jump down? Or maybe jump around?

Now the adjectives are tittering (they always were an impressionable lot).

Come on, says Of. You’ve nothing above, less below. And besides, you’re beneath me.

The verbs are outraged but by now every other student is roaring with laughter. Even the adverbs can see the joke.

Lunge makes a lunge. Of shouts ‘it’s behind you!’

Lunge swivels, but there’s nobody there. Game, set and match to the prepositions. Of is carried shoulder-high, victoriously (courtesy of the adverbs), from the hall.

Atop, Betwixt and Forth just nod quietly in the corner and go back to eating their muffins. They’ve seen it all before. But is a little confused. He always thought he was a conjunction.

And so, my dear reader, this is what happens to my mind when there is a global pandemic. Just consider this: if you got up this morning, had a shower, got dressed, had some breakfast and then blew a whole hour on social media, you are indeed very blessed. You live in an amazing world. Fresh, clean water in the tap, appliances coming out your ears, wifi in every room, and electricity to keep it all humming away. Not to mention the fruit and veg, some of which came from the other side of the world. How did that get into my ‘fridge?

Granted, I am fearful how long this amazing world can last, given that all the things I mentioned are gobbling up valuable and finite resources, and that they are the very essence of what folks in the developed world consider to be ‘the norm’. Or to use that word that I have really grown to hate over the last few years: things to which we feel ‘entitled’.

This will all end. I mean the viral thing. That will end. So will all the other stuff too, of course, though I am less confident about a time-frame for that. So enjoy the ride. Be kind. Stay safe. Stay well. And hopefully when we emerge out the other end, blinking into the sunlight, we can hang on to some of that good stuff. And maybe recalibrate our lives a little.

And just remember prepositions. That’s where it’s at.

17 thoughts on “I have a preposition for you…”