Dear old Park Run emailed me this morning to wish me a happy birthday, which is terribly nice of them (even if I do appreciate that it’s all automated). In any case, my lovely family had not forgotten, and I was showered with gifts and brought breakfast in bed.

Amongst the many goodies was the Neo headlamp from LED Lenser, which will be invaluable in the next few months. With a half-marathon coming up at the end of the year, I have been concentrating on running for now, with some swimming thrown in. And with the weather lately, you could be forgiven for thinking you were doing both at the same time.

Runs typically happen in the evenings after work, around 5 o’clock, which means heading out, often in poor weather, with failing light. And much of the run is in the woods along narrow paths. There are always one or two nutty people like me out and about, so this little gizmo will save me coming a cropper.

If you’re in the market for one of these, I can certainly give you some feedback shortly, on this exact model… as product testing goes, I appreciate it’s hardly exhaustive! From a tech point of view, it ticks all the boxes for runners. It has an incredible 90 lumens from what is a tiny device, but only weighs 54g (albeit without the three AAA batteries). It also has a red LED to the rear, so hopefully no overly keen BMXers will run me over. The single push button gives you options on which lights to have on; the front LED has two brightness settings, for example, and can flash or remain on constant, and the rear red LED can be turned on or off.

It feels comfy to wear and will get its maiden outing early next week, or possibly even this weekend.

Tomorrow morning we plan to hit the Park Run in Castletown in Celbridge. Saoirse hasn’t done this route yet, so it will be a new experience. Just have to keep the fingers crossed that the rain holds off.

So. One less wrinkle. Only a couple more to go before the big five-0.

There is a splendid review of the Neo headlamp here by a serious running blogger. I guess it saves me a lot of trouble 😉

One of my other wonderful gifts was a copy of the latest book by Ireland’s best-known birder, Eric Dempsey. Read more about it here. 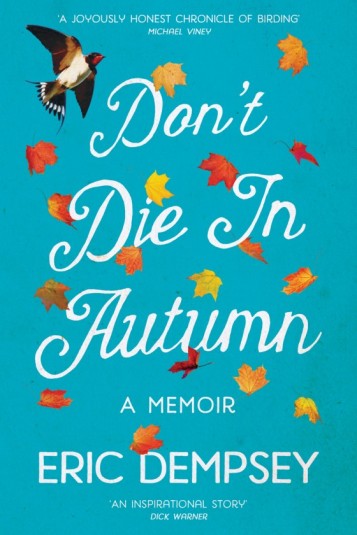