Training continues, but then we do have an Ironman to do in August, so training does need to keep going. And of the three disciplines, it’s fair to say we need to do a lot more work on the bike.

Thursday was busy again with callouts, and after the very early start on Wednesday with the rather bizarre ‘cars in the Liffey’ situation, it was another early one the next day with two calls in a row, and the body was starting to feel a little beaten up. Drill every Thursday too, in the station, so in the end, it was a rest day, though probably no harm.

On Friday, managed an easy swim of 1 mile, plus a 5k trail run later in the afternoon. I know I have mentioned a few of my favourite flowers in previous blogs, and I am going to repeat myself once again. But these are the holy trinity of Spring and Summer woodland flora in a traditional Irish deciduous woodland. 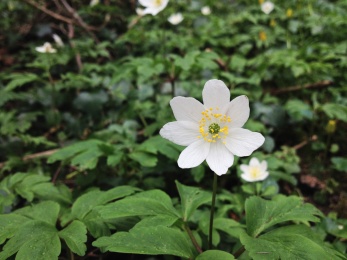 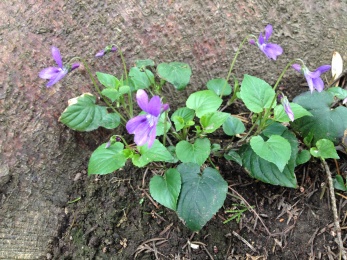 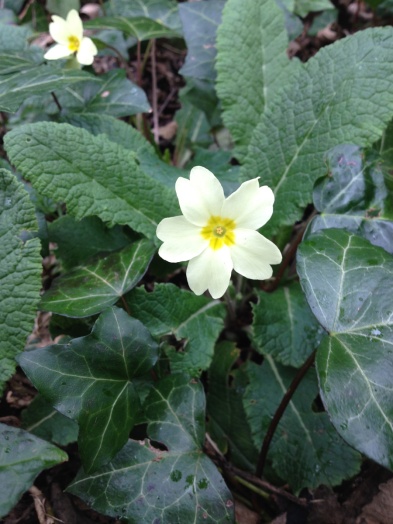 And in keeping with the wildlife theme, on the top path as part of the 5k trail run, I disturbed a pair of Treecreepers. I did a little creeping of my own in an attempt to get a quick pic on the phone, but they are far too crafty for that larking about; I looked at the tree trunk – there they were – I looked at the phone and took the picture – I looked at the picture – no birds. The birds had, literally, flown. Lovely little things. It’s a great wood for wildlife in all shapes and forms, and clearly someone from around those parts reads this blog and decided to make a liar of me.

Previously I mentioned that Badger Wood’s claim to fame was ill-founded. Well, no sooner had the blog post hit cyberspace than the local badger population set to (pardon the pun) and dug themselves a few new homes. So, hands up. I was wrong. There are badgers in Badger Wood, and here’s a pic to prove it… 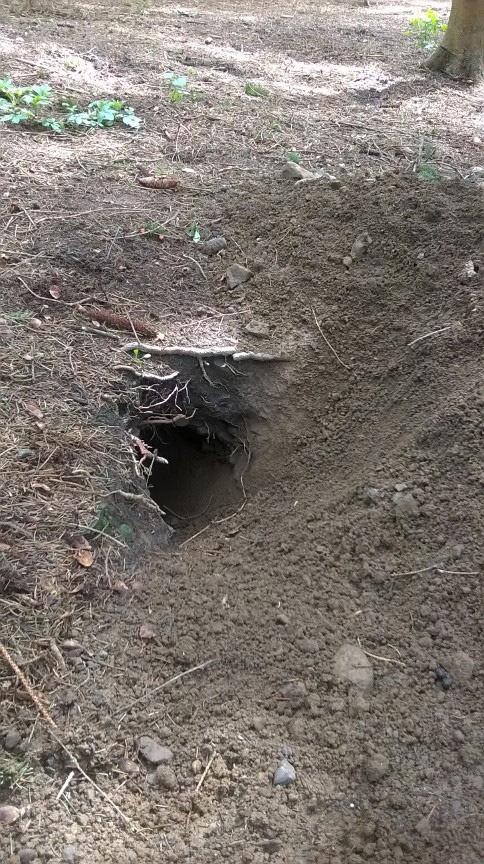 Also of interest to the wildlife nut are the collection of ‘feeding posts’ for squirrels. These are old tree stumps from pines that have been felled. The squirrels have taken to perching on top with a pine cone and having a snack. These are Grey Squirrels; alas not any Reds around these parts that I am aware of. 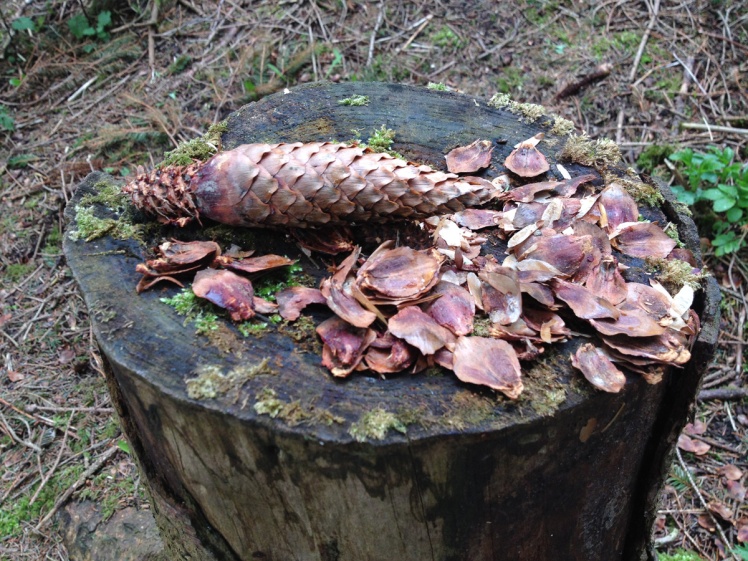 This week, I spotted a Kingfisher in the woods, along the old mill race by the Liffey, out walking with Saoirse. These are always a delight to see, though of course, taking a picture of one is really a labour of love. If you want to see some great wildlife shots, check out a mate of mine here.

Saturday was a fine, clear though somewhat cold day. I took the Orbea out for her first proper ‘welcome to Kildare’ spin. Managed 48k in all, taking in the park, Confey, around towards Dunboyne, across to Castletown Estate and Celbridge (Along by the Grand Canal near the Village at Lyons, I disturbed a female sparrowhawk on the towpath; magnificent birds), Ardclough and Boston Hill with a stop-over at Oughterard.

After a quick lunch of oat bar, banana and juice, I headed back down the gravel path to the road for the beginning of the return journey. And this was nearly my undoing. I am a recent convert to the clippie brigade. They are great, and improve your cycling without doubt. You just need to remember you are now fastened to your bike.

I have only recently felt confident about clipping in without any fuss. It’s the sort of thing you do dozens of times and it becomes rather easy. Well, this time, I jumped on board and moved off, and attempted to clip in… and the shoes kept slipping. Something fell out of the right shoe and, thinking it was one of the cleat screws, I hit the brakes. The right shoe wasn’t in, but the left one was… so sod’s law being what it is, I fell to the left and only that I was close to the wall and was able to reach out and break my fall, my first decent ride on the bike could have ended in ignominious failure and a potential broken wrist.

There was a pebble stuck in the cleat. Simple stuff. Any cyclist reading this will either be laughing their heads off, or nodding sagely. Another lesson learned. No kingdom was lost for the want of a cleat, and bike and rider escaped unscathed. And unlike the last time I went on my snot on a bike, there was no one around to witness my embarrassment. So all is well. Until the next time 😉

The spin was enjoyable but at an average of 24km/h (I was going easy), there is clearly a need to up the ante here. I would love to get to the 30km/h average for these rides, and this would put me in or around the 6 hour mark for the Ironman. In reality, this is probably not going to happen. My average for the Sprint was just under 40 minutes. For the Olympic, about double that, plus a bit; something like 1.22. In the Half-iron, it rose again to nearly 3.15.

So it would be a big ask to get around the Ring of Kerry in under 6 hours. And notwithstanding the climbs involved, there is also a Marathon to think about after the bike too. But anyway. Let’s not get carried away…

The Orbea will need some tweaking. Nothing dramatic: up the seat post a wee bit, and push the saddle back on the rails a tad. Maybe remove the risers under the bars. These few things will make it feel less like a pleasure cruiser and more like a speedboat. Though of course, bike position is not as simple as that. But I reckon even the Mercian is a more mean machine at the moment.

The gears are great. Will take some getting used to, and the actual gearing is different from the Mercian. I found myself using the big ring at the front much more than I would previously. The changing of gears, from someone making the jump from old-school 105 7 speed to the newer 10 speed Shimano 105 is quite delightful. Almost telekinetic, in fact – you think about changing a gear, and suddenly it’s done! No mess, no fuss, and no hands leave the bars.

I did once reach for the gear levers on the down tube. Old habits and all that.

It’s great going up hills too. The lighter frame really helps here. I miss the Cinelli Criterium bars from the Mercian – these are lovely and wide with a deep curve on the drops. The newer bars feel a lot straighter with less room underneath. But the actual hoods are comfy and that’s were I spend most time, so overall, great. And, let’s be honest, a luxury problem!

In other news, I bought myself some new runners in Lidl. At 29.99, can you go wrong? Well, yes, probably, but the old training pair of Karrimors are falling apart, and I am preserving my good Adidas Energy Boost for the big day. These are just for mucking about, and local trail runs. They feel very comfy and are probably made in the same sweat shop as others costing five times the price. 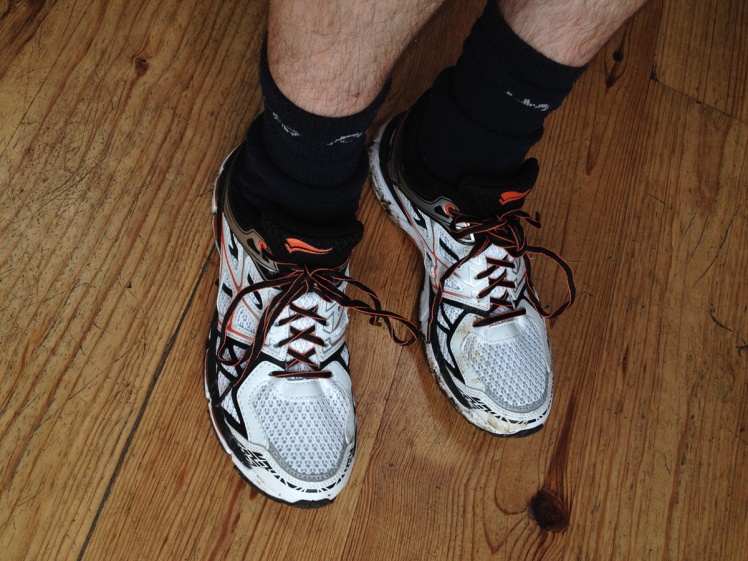 And speaking of comfort, if you want to treat the dog in your life to to some real TLC, then you need to tuck her up in your bed, and give her a treat. So this is Holly in our bed the other day… 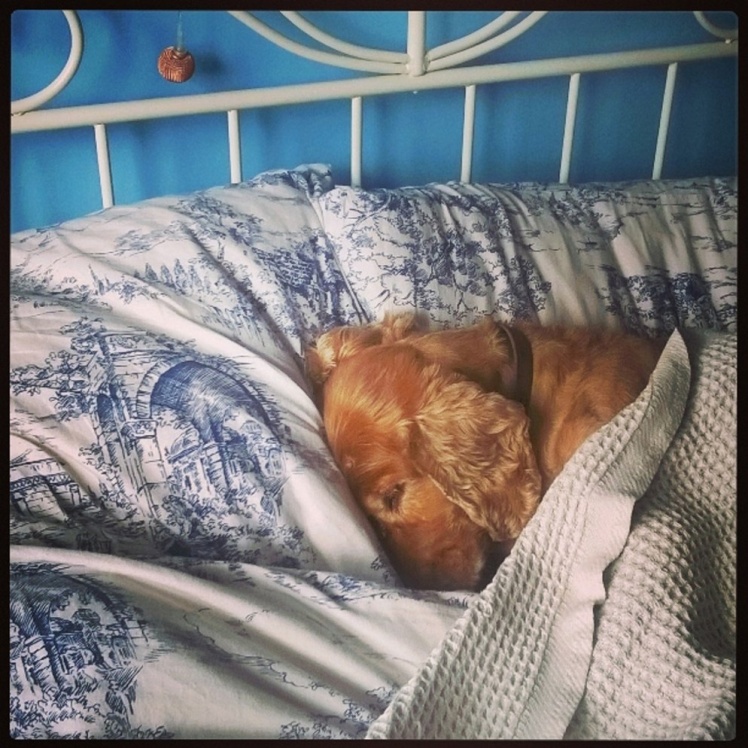 And for a treat, I bought her a pig’s ear. There are numerous gags we could make here about pig’s ears, I’m sure, but I’ll let your own imaginations work away on that one. 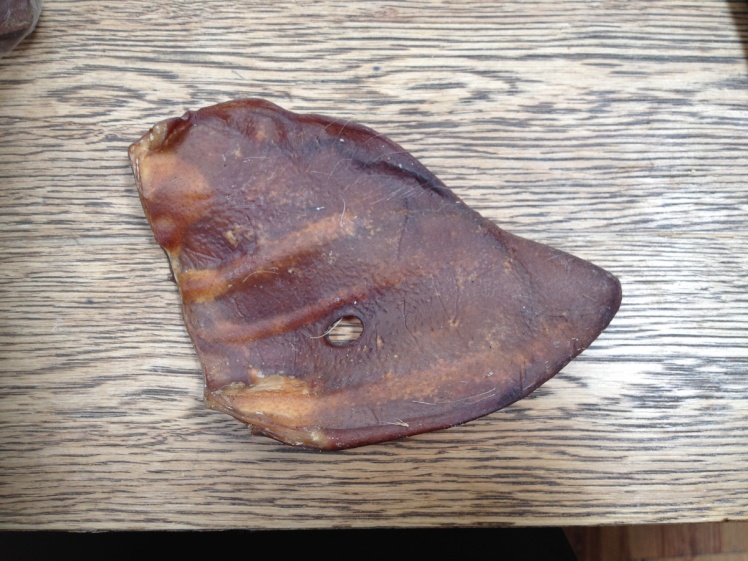 As payment for all this love and attention, she pissed on the kitchen floor the other morning. Oh well. She is getting on a bit, I guess.

So, I’ll leave you with this odd advert from one of our local free papers. There is so much wrong with it, and its creepiness, but the gas thing for me is that someone somewhere thinks that this is what wizards look like (such as they exist at all). 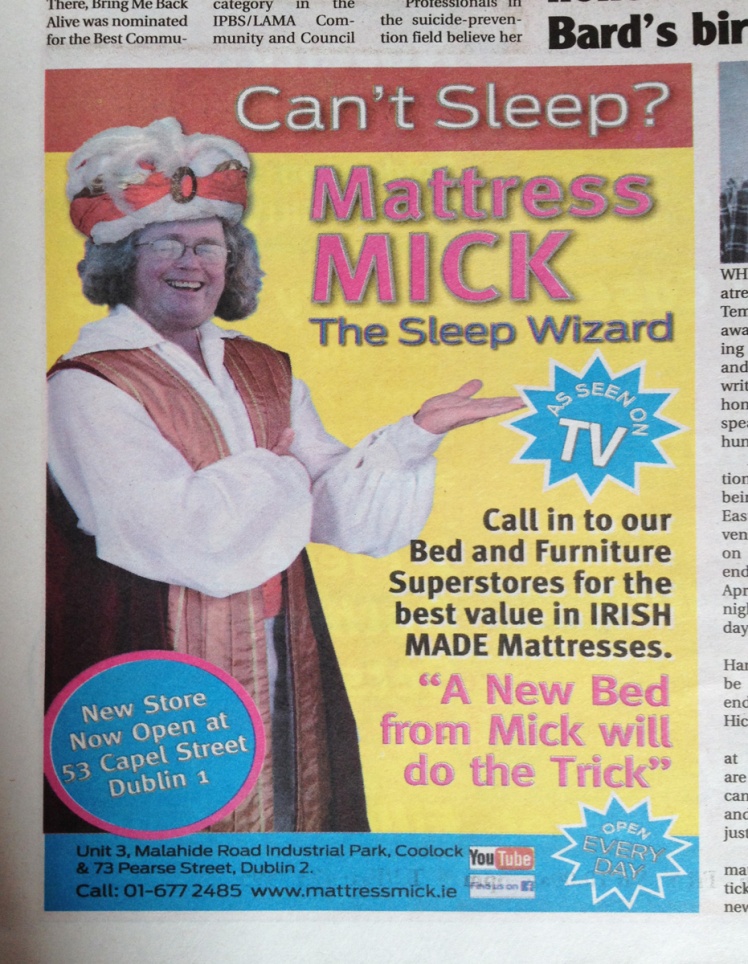 P.S. Saw my first swallow along the canal yesterday. Always a pleasure.