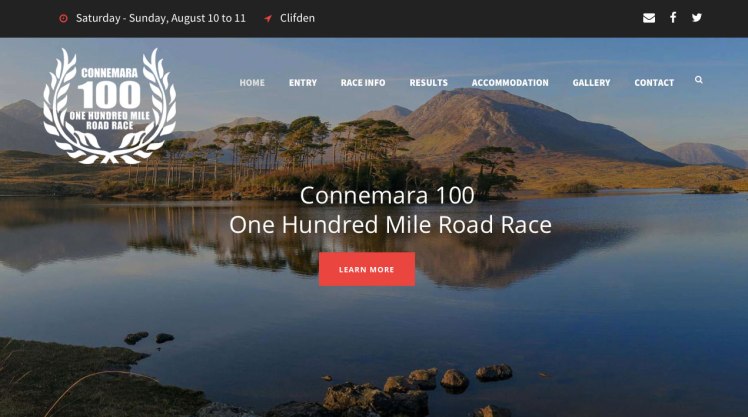 … So what’s the big deal adding one more?

I won’t particularly miss January. Nothing personal, but it’s been a tough few months. My Dad broke his hip at the end of November, and he is still in hospital. He’s at the end of his rehab and should be home next week, but it’s been tricky to negotiate, with work and family commitments. Running took a back seat. Well, more like thrown in the boot, and then unceremoniously stabbed, as per Goodfellas. Sort of getting back on track again.

Well, all that will change now. The Connemara100 website has woken from its 2018 slumber, and kicked into life. August 10 and 11 are the new dates. 100 miles around Connemara. Sure what else would you be doing?

That gives me a good six months to get into shape. I plan on doing a mix of running and strength work in the gym (and also plan on looking back on this plan and laughing).

In reality, training for such a long distance is not far removed from marathon training, albeit with some longer back-to-back runs. And in order to reduce the risk of picking up any injuries, I reckon I need to take care of the bod and do some gym work. I don’t have a dedicated plan to work to just yet, but fear not; one will be winkled out from the internet’s rocky depths. In essence, training will involve a lot of running. And as we approach the big day, some serious preparation in terms of logisitics.

To that end, I have approached two of my best running mates to be my, eh, running mates. The support crew don’t actually run with you, as such, although knowing Des and Ciaran, I wouldn’t be surprised if they joined in at some point along the way. They are that kind of geezer; the kind you want in the trenches beside when the metaphorical bullets of pain and doubt are whizzing around your head.

For most of the run, they will be dawdling along in a car chock-full of goodies, spare clothes and other supplies. Given that it will take the full day and more to complete the course, then I would not be at all surprised if the clutch in the car is burnt out along with the runner. I guess they might insist on using my car. Oh well. Not to worry!

Anyway, that’s all the news that’s fit to print. Certainly in my life right now. Graphic design tips along, as does the fire service. But those are jobs. Running is not a job. And without a focal point on the horizon, running tends to fizzle out a bit. Now we have a focus.