IN WHICH WE RAMBLE ON ABOUT TRAINING PLANS WITHOUT ANY SCIENTIFIC EVIDENCE TO BACK UP SUCH SCEPTICISM, CONTINUE TO RUN AN UNPAID, UNREGULATED TAXI SERVICE, AND GET A BLOODY NOSE FOR MY TROUBLES…

It’s been a busy week. A lot of work on in the office, and a fair few call-outs in the station.

After the Great Cramp Debacle last week, I had a few rest days. The day after was the obvious one, followed by a 2k swim the day after that which helped. Or, at very least, didn’t make anything worse.

Saturday turned into an impromptu brick session as I was once again grounded and unable to nip out on the bike. So a 30k spin on the gym bike was followed by a 5k trail run in the park. Those first few minutes shaking the lead out of your legs are what brick sessions are all about. And needless to say, some training schedules suggest you do three or more short bricks, back to back, to really get your limbs used to the idea.

I think I’ll spread out my medicine, if it’s all the same.

Sunday, and S’s birthday. Plus we had callouts. No training today. Went for a lovely walk instead, to Carton House. 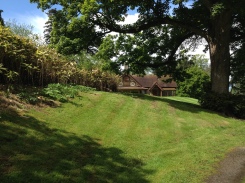 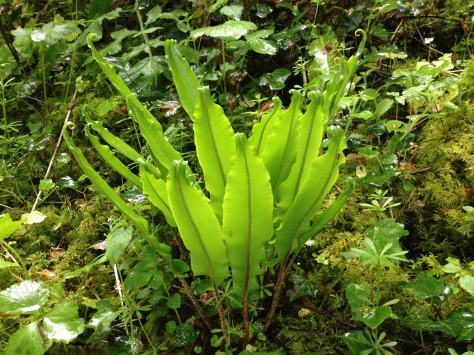 We also did our favourite dinner back at the house, which is home-made pizza. Well, the bases are bought, and then it’s every man, woman and child for themselves in terms of toppings. A family-favourite is capers, olives and anchovies.

Monday, and a 13k run in the park. Looking at the map of the route afterwards, it looks like one of those buzzer games you make with loops of wire. I have gone out of my way not to overlap myself and still run just about every track, trail and path in the park. I shouldn’t grumble really; it’s a gem of a place to train, with lots of hard paths for speed work, soft trails for easy runs, and grassy fields if you really want to go easy on the joints. And plenty of hills of various gradients and lengths if that’s your bag. But after about 13k you’re running out of options (sorry!). Repeating the same loops over and over again each week is not that exciting; repeating them in the same session even less so.

I guess I’ve just run out of road. That’s the downside of being tied to the town when you’re in the emergency services.

I appreciate a few things on that score: I am not currently training for a marathon. (I will, of course, be doing one in August, as part of the triathlon. I would normally be fairly wound up at the thought of that, this far out from the race, but oddly enough, the other two events beforehand are something of a distraction. The 3.85k swim and the cycle around the Ring of Kerry will realistically make the marathon much harder than previous marathons I have done. But overall, my training programme is more varied than just slogging away on my feet, and from what I have gleaned from other converts to triathlons from the running fraternity, the training for three events has all-round benefits. We’ll see!)

The other matter is that runners usually don’t train at what you might call ‘race pace’. Not sure I ever fully agreed with this philosophy. (WARNING: there now follows some totally unsubstantiated ramblings from an amateur runner who may not know what he’s talking about). I do appreciate the whole pyramidal idea of building a base of fitness and then adding quality with targeted speed work; intervals, hills, fartlek; all of that good stuff. And long, slow runs are also important. Training the body to be efficient with glycogen, and better at not just burning fuel but also getting rid of the by-products is also vital to the overall success (or otherwise) of your programme. Heart rate monitoring and rates of effort will be methods many runners will be familiar with to help with all of these sessions.

But overall, most training programmes I have come across consistently tell you to train below your race pace effort. Perhaps I just don’t race hard enough. And I can see why that would be useful for a 400 metre runner. But for a marathon? If you haven’t spent much time going at 9 minute miles for perhaps 3 hours, then how are you going to respond when you ask your legs to do just that on the day? And three hours at that pace won’t even see you across the line. Some of these programmes are just too vague; distance or time, but never both. We can all run for an hour. We can all run 15k. Can you do both at the same time? I know I can’t. That’s because the magic missing ingredient in so many freebie programmes is pace. It’s the four letter word that all runners have a love/hate relationship with. And it is normally absent from most programmes you can filch online. Learning your own pace is key to a good outcome. But more of that another day (and ideally when I know what I am talking about too…)

On the upside, Tuesday’s pool session was positive: 2.5k in about an hour and I felt good finishing up.

Wednesday. Just back from a 5k run in the woods with Mark and for some odd reason, I had a nosebleed after about 10 minutes. Speed certainly wasn’t the issue! It was our normal Sunday run, postponed, as Mark was abroad. Still adjourned to Insomnia for hot chocolate. It may not be officially in my programme but there’s no way I am leaving that out…

Finally, anyone with a teenage daughter will appreciate this screen grab. It’s the natural consequence of having a daughter, a smart phone and an informal taxi service. It speaks for itself…

And now, some more floral images to finish off…

A rather striking leaf