Given the personal tragedy behind the lyrics, it’s a piss-poor co-opting of a song title to start a blog post, but I suspect Billie Joe won’t mind (and hey, we bought Foreverly with yourself and Norah, so hey-ho… swings and roundabouts and all that).

Anyway, the point, if indeed there was a point, is that training continues, and that bizarre dance you do when training for a long-distance event is reaching the mid-point. This is when you are resigned to your fate. The music is playing. You have picked your partner. The band strikes up and away you go, only to realise that you have heard this song before, and it’s a long one.

It’s not Bohemian Rhapsody. It’s not Echoes. It’s not anything by Philip Glass. Nope, this is a much longer tune, and you will have plenty of time to pause and possibly regret slipping that coin into that particular jukebox.

This is training for a marathon. And there are rhythms to it. Each singer’s tune may be slightly different, but the intro, verse, chorus and middle-eights are largely the same. There will be speed work. There will be tempo runs. There will be longs runs. And there will recovery runs. There will be ample amounts of sweaty running gear, and some days you just get up and put on running shorts and tops because there’s just no point in getting dressed like a normal human being…

And you will be fit. And you will be tired. It’s the Yin and Yang of it. The Runner’s Paradox. In a spiral that will only end when you run out of road and finally finish whatever race it is you are training for. Until the next time.

In it, you can find all sorts of wonderful stats, and, as the author points out at the outset, some spectacularly spurious correlations. I can’t tell you how many people have finished a marathon dressed as a clown compared to the number of people who choked to death eating Gorgonzola. But I suspect that stat is out there somewhere.

Here’s a few more fun facts purloined from the interweb:

20% of the world’s population don’t have the ‘marathon gene’, whatever that is. It’s probably linked to the stupid gene. It means, essentially, that however hard you train, you just can’t do a decent time. Ha, ha. That reminds me. I must see my doctor.

Wearing cheap runners lowers your risk of injury. I could elaborate, but I can’t be arsed to root out the study, and in any case, it’s more fun to just toss that one out there and let the hyenas fight over the carcass.

1 in every 50,000 people who run a marathon die from a heart attack within 24 hours of finishing it. Allegedly.

But this one’s my favourite: A marathon is longer than the diameter of a neutron star.

So, where were we? Oh yes, wake me up when September ends. Though in my case, I have another month on top of that. The training continues. For those that love a good stat, here’s the week in numbers:

Tuesday: speed work, and this clocked up over 12k with variations over 2k.

Thursday: the tempo run was thrown a bit by a badly-behaving Garmin watch that was clearly having problems working out where it was in the world. I stopped a couple of times and we had some quiet words (*&^%$£@!!!) and eventually it coughed into life, but the stats were buggered. Once your GPS watch puts you HERE but you are actually THERE then all bets are off, because it can only calculate your distance (and therefore pace) when it knows where you are at all times, start to finish.

Friday was yet another recovery run of 10k.

Saturday was the long run, and as the crew numbers are a bit rubbish in the station, I parked up in the car park in the park (hey, that’s a lot of parks, no?) and ran around in circles for about two and half hours, or 25k, which was below the suggested 6:05 pace, coming in at 6 on the dot. Yes, that is the madness of marathon training. A few runners were doing something similar in the opposite direction, and one in particular I waved to each time we passed (and this on a narrow path). Nothing. Nada. Niente. It became a war of attrition. I was going to get a wave if it killed me. Well, she may have had the same (but opposite) idea, and in fairness, her resolve won out. No wave, no nod.

The run was a bit of a slog. It was a warm day, but I had a drink stashed on the loop (a Vitamin C tablet in water, with electrolytes) and took a few gels, along with a few wine gums. And I had all my fancy-pants gear on too. The two-piece Nike shorts, the Dare2B top (the new one), with lots of Vaseline on all the moving parts. I was good to go. And I went alright. It’s just that I was fairly knackered by the end. Nothing specifically went ‘boing’ or anything. In fact, that was a positive. But overall, I was tired.

And therein lies the rub, to misquote yer man. There’s the dance. My cardio fitness at this stage would be very good. My breathing drops to normal very quickly, even after a hard run. I can gauge this roughly when running by counting the number of steps in relation to the number of breaths. I’ve noticed an improvement since the programme began, somewhere in the order of 20-25%. Inexact science indeed, but still a noticeable and welcome trend.

Of course, let’s have some context. Marathon running, unless you are using it as a vehicle to escape a life of poverty in the Rift Valley, is a largely middle-class luxury. It’s no big deal anymore. 8 year olds are running them (and in fantastic times), as are 100 year-olds. I don’t think I have any interest in doing this at 100, if I make it that far. The world has moved on. Ultra-running is now where it’s at. Or doing multiples of marathons according to numbers of, say, counties, or countries, or continents. Take your pick. There will always be a crazier race out there if you are bored with the last one.

No, let’s be honest. There’s nothing special about running a marathon anymore, not least if you are one of the lumpen running proletariat like myself. And lest we forget, Pheidippides ran about 240 kilometres to Sparta in two days (he was an hemerodrome, or day-runner/courier/messenger) to request help, before returning to Athens to announce the victory before collapsing and dying. Or so the tale goes. So it wasn’t the small matter of 42k that did him in.

To finish: my current marathon time stands somewhere in between Oprah Winfrey’s and George W Bush’s. I think I preferred the stats with the blue cheese…

Some light humour to lift the mood. One in particular is for S. 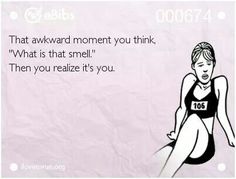 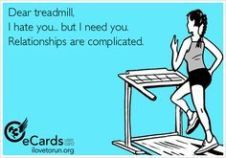 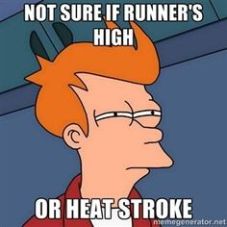 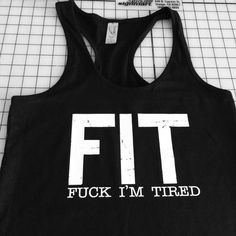 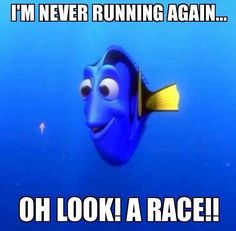 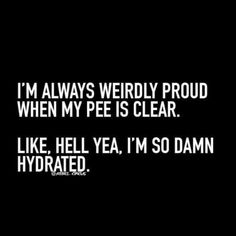 2 thoughts on “When September Ends”