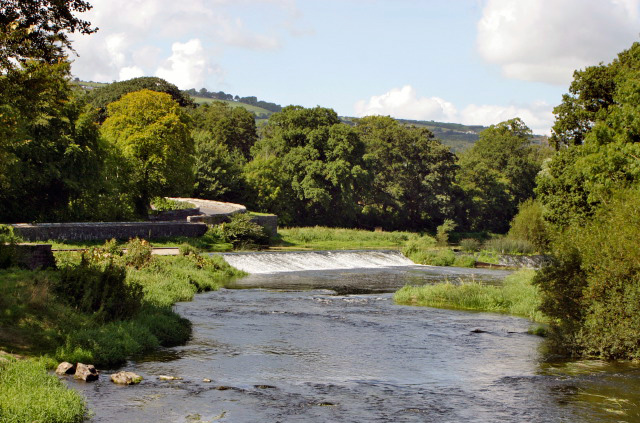 Time. Indeed. Wibbly, wobbly, timey-wimey stuff, as we mentioned a while back here.
It would appear that it is indeed all still ticking away. I mention this radical concept as I note that certain events are starting to get a little closer on the horizon (is that not an oxymoron?) and yet training has not ratcheted up to boot.
For example, I am planning on running the length of the Barrow Way over two days in May. That’s about 120k all told. Yet I am not running more than 10k in training. Despite the fact that we have been warned of epic amounts of snow this coming week (it takes about 1 inch of snow for the country to grind to a halt, so if we get the amounts some folks are suggesting, we will be eating our young), Spring is only around the corner. Daffodils are nearly flowering in the garden. Before you know it, it will be Summer. And I will sweating balls along the banks of the Barrow River, wondering what on earth convinced me to do such a thing.
Because it’s there, I guess. What other reason do you need?
So currently, the training regime is looking a little, eh, haphazard. As we are signed up to the rather extravagant Carton House Leisure Centre, we are inclined to use it as much as possible. So I am enjoying getting back into the pool again. And no harm, as we are signed up for the Great Fjord Swim in October.
But there is this Barrow Run to consider. And the Dublin Marathon to train for. So the running will need to up a gear. Just looking at the Garmin, and we’re just shy of 65k of running for February so far, comprising of 9 runs, two of which were parkruns. It’s not bad, but to quote the lager ad… it’s not Carling.
And the gym routine is officially printed up, and we have had four sessions already. And when I say four, I actually mean two. I skipped the first one as I had only got into the bed after a long call out. And then I was literally walking up the stairs to the gym when the alerter went off just before my third session. So I have been somewhat jinxed on that score.
For the gym nerds out there, here is my cobbled together programme for an all-round workout. Sort of. I admit gym is not my thing.

Warm up and stretch

The first six exercises are for core and balancing out the leg muscles with the rest of the body. I dropped Seated Shoulder Press out of this routine as there isn’t a decent bench in the place to actually do them properly. I find this set takes about a half hour to do right, so I am currently doing two sets. As regards reps (the number of times you do a thing, like a sit-up); this varies. I sometimes do something like a plank for 40 seconds. But I will do 30 sit-ups. That kind of thing. Like I said; not a gym bunny. And I reserve the right to alter this at will. And so does my alerter… 😉

But all told, it’s not a definitive plan. It’s not bad workout, and when the weather improves there’ll be lots of bike in there too. And perhaps we’ll knock out a sneaky triathlon in June sometime.

But for the Barrow Run… well, that needs some more distance work. We’re provisionally looking at the third week in May to do that, so that gives me three months to pick up the distance. It shall be done!

Time keeps on slippin’, as Steve would say.