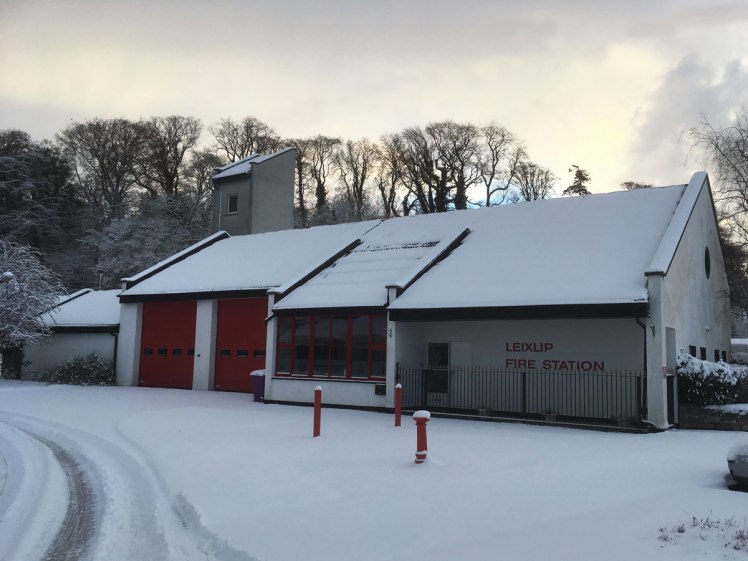 What’s seldom is wonderful, so they say. And they also say you wait for one red weather alert for years and then two come along together. Well, okay, that’s not strictly true. Storm Ophelia arrived mid-October last year. And now we have another Red Alert, in the form of the Beast from the East and Storm Emma.

From a met office point of view, this is thrilling stuff. The sort of weather event you probably get taught in met school (?) and imagine will never happen in little ol’ Ireland. A polar vortex sweeping in Siberian cold meeting a storm front tracking over the Bay of Biscay and the clash of these two titans is set to bring us up to 40cm of snow.

Now bear in mind, all you Scandinavians and Canadians (and other assorted folk around the globe who eat, drink and sleep this stuff every year); a miserly FOUR centimetres of snow is enough to shut this country down. So the possibility of FORTY is naturally getting everyone a bit frisky. 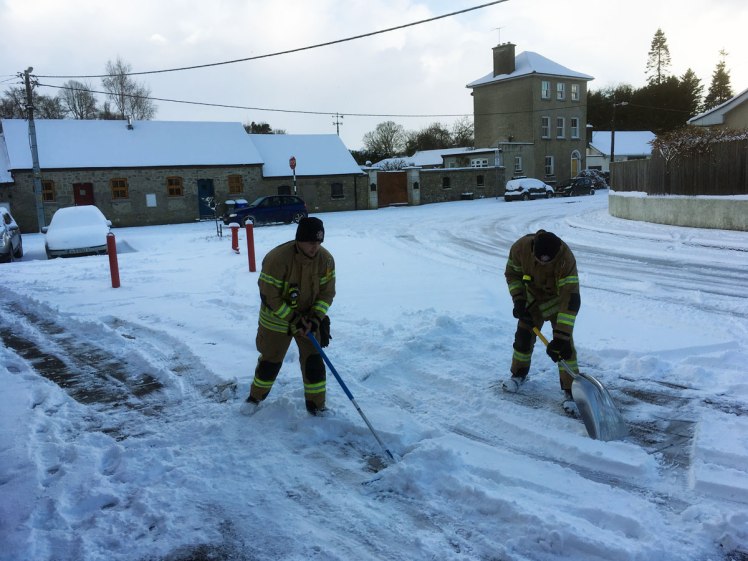 The weather alert means that the country will literally shut down from 4pm today whilst we get hit with blizzards and heavy, drifting snow. We will be in lock-down over at the station for 24 hours whilst it passes over.

So to celebrate, S and I had a walk in the park yesterday, whilst we still could 😉 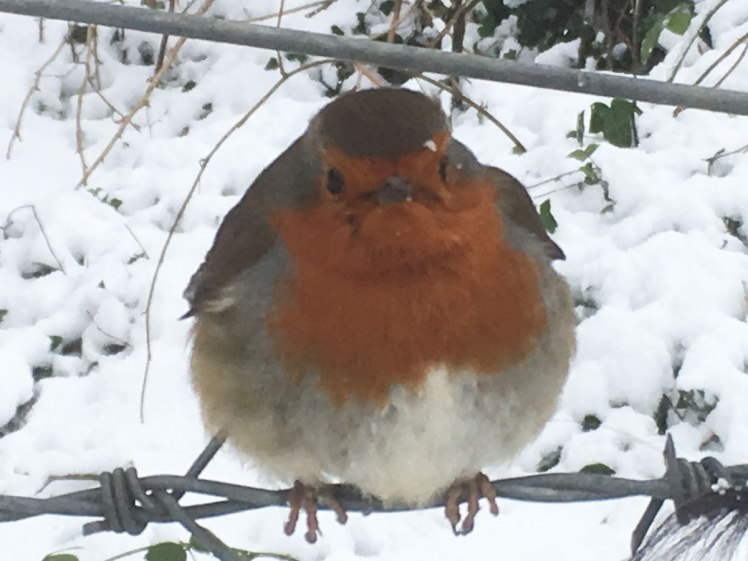 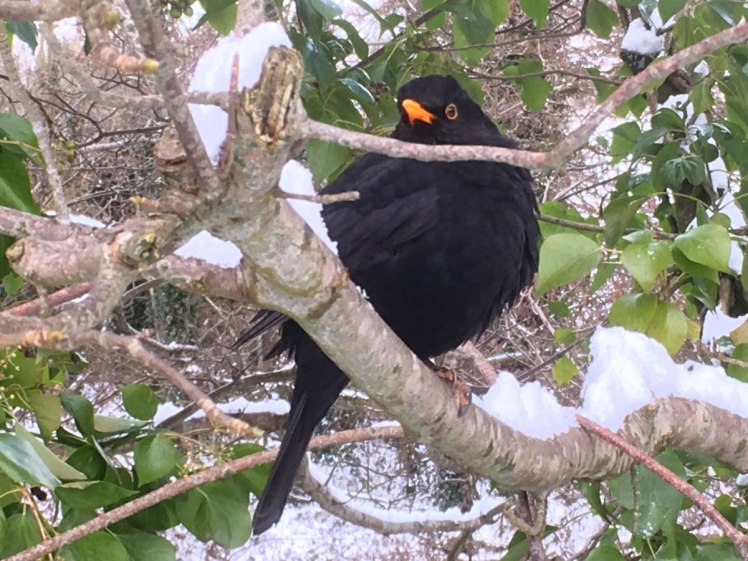 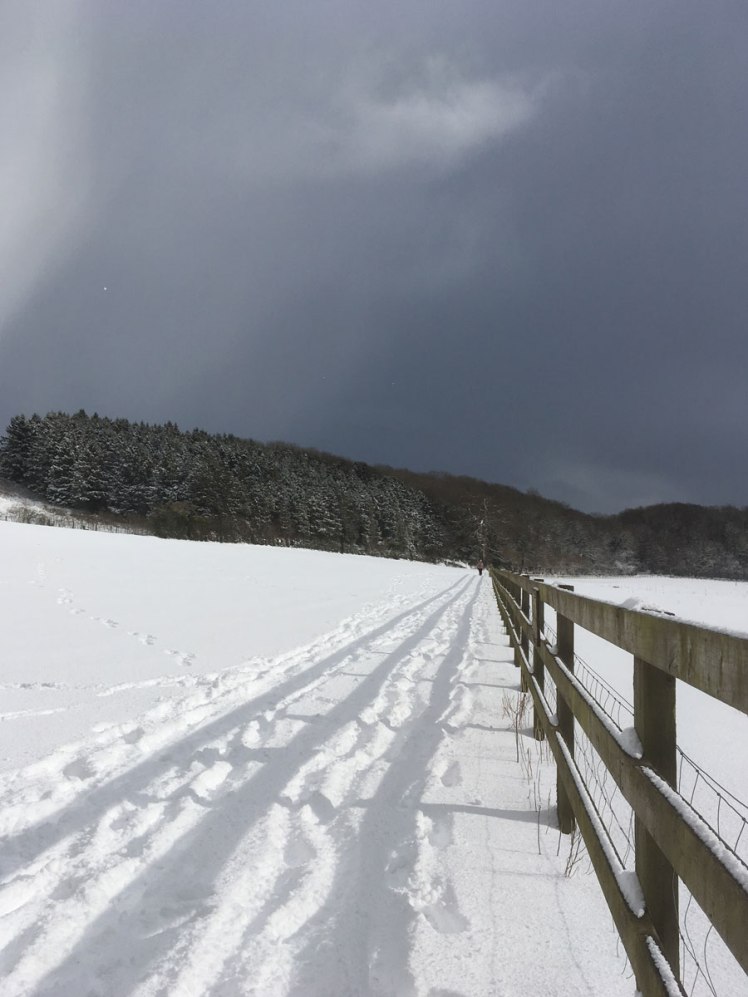 And later that evening, after we had walked up to the train station to meet Tamsyn, I decided I had had enough of being cooped up inside, and went for a run. I needn’t have bothered with the head torches. There was so much reflected light from the snow in the park that I could see my way, even in the woods.

It was snowing lightly when I set off, but it cleared up nicely and I had the park to myself. Indeed, it seemed a shame to disturb the freshly laid blanket of snow, but I have a feeling my tracks will be covered soon enough…

As I made it out through the woods by the river and up onto the top, more open section, the weather took a turn. It was a bit like one of those scenes from a movie where a dust storm appears on the horizon. In this case, it was a mini-blizzard.

I thought I could out-run it. I was wrong. I was engulfed. It was not quite a total white-out but for a few minutes, it was fairly hairy. I could see the two rows of trees each side, and I knew where I was, so I wasn’t bothered in the least. Indeed, I even tried to take a few pics, with limited success…

I smiled to myself and thought “this is badass”. So Jim, that run was for you 😉

When I made it home, the family were all tucked up, nice and cosy, watching telly. Smart people. 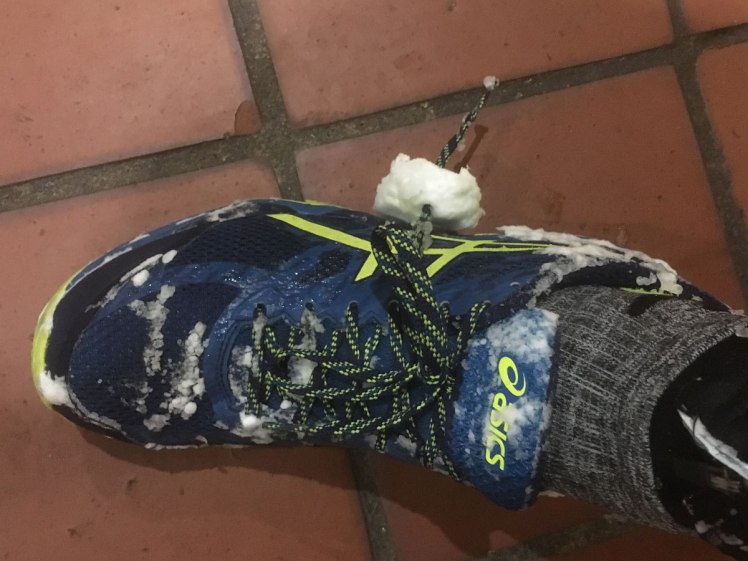 Incidentally, what is the official runner’s term for the ‘clag-end’ that builds up on your laces when you run in the snow? Is there a word for it? Should we come up with one? K, I’m thinking you may have more experience of this than I!

So, take care, good people, wherever you are today, not least if you are stuck in the belly of the beast. It’s gonna be epic!

P.S. Now matter how crazy it gets today, my Dad will remind us all of the great snow of Black ’47 (that’s 1947, by the way), when the drifts up the Dublin Mountains came to tops of the telegraph poles. True story! He would have been about 8 years old.

One thought on “Snow Day!”