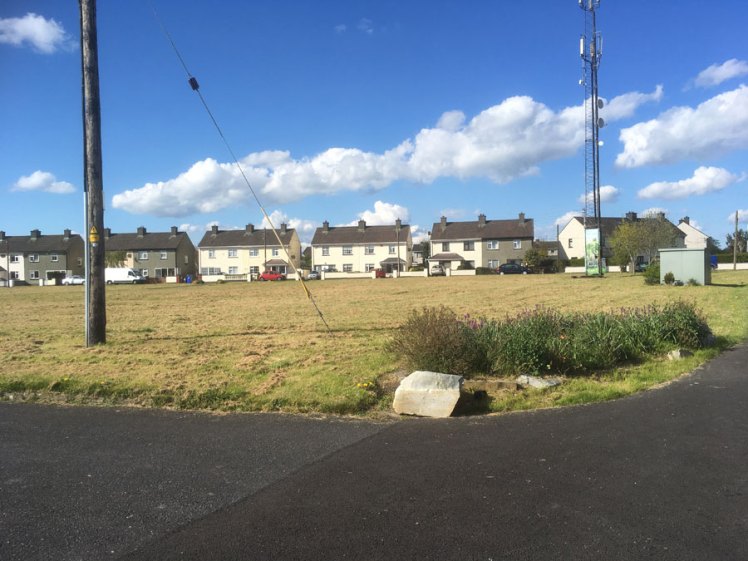 This unassuming patch of grass overlooking the Mill Lane, where I grew up, is at the heart of St. Mary’s Park. There are quite a few ‘old school’ housing estates like this around the country, where solidly-built houses surround an open space. If there were plans for these open spaces, it seems that these were quietly shelved once the houses were built, and it was up to the communities themselves to come up with ideas for utilising them. Of course, if there’s one thing we do well here in the Emerald Isle, it’s grow grass, so mostly these open areas of land were seeded and then mown on an ad hoc basis. On the plus side, the rapacious developers of today would pack in as many apartment blocks as possible under law on such a space, so let’s not look a gift horse in the mouth…

Leixlip in the early seventies was a different place. That might sound like an obvious statement; surely all things are different now, with the passage of time and the broad brushstrokes of progress? Indeed, but let us focus on the growth of villages and towns in Ireland in the last fifty years, and in particular, those that are found in what you might refer to these days as the commuter belt (a ‘belt’ that has widened considerably since the development of motorways, better cars, and rapid and somewhat uncontrolled growth in areas far beyond what should be counted as Dublin suburbia).

Relatively sleepy villages such as Leixlip, Celbridge and Dunboyne, for example, have exploded in recent times. It is said (by the man himself) that when the Hon. Desmond Guinness bought Leixlip Castle, he would occasionally ride his horse down the main street – a thoroughfare which had grass growing down the middle. That was sixty years ago, and while I can’t verify the story, I have heard him tell it, and it has the ring of truth. Without doubt, the population of the village was in the hundreds then; now, it is somewhere north of 16,000.

Leixlip was caught in something of a crossfire. As country folk (quite a few Galway and Mayo people settled here) moved towards Dublin to find work, they chose a place on the main road west, close to, but not in, the city. And as that migration continued in one direction, folks tired of the busy madness of Dublin urban life moved out west, but still close enough to avail of whatever public transport was available, or within driving distance. And Leixlip, on the old Galway Road, 11 miles due west of the city centre, was an ideal spot.

I grew up on the Mill Lane – one of the oldest streets in the town. It gets its name from the mill buildings which would have dominated the east side of the village in their day. Now most of the imposing stone structure has gone though there are still buildings there today, a mish-mash of old and new, most of which are occupied by light industry, a Youth Reach educational facility and the local newspaper, The Liffey Champion.

If young kids today moan about there being ‘not much to do’, then there are many of my age who would love the ability to time-travel them back to the early seventies. In those days, there really was little by way of recreation or facilities. Most kids got summer jobs picking spuds in the local farm, which was a horticultural field station, though I don’t think we understood that back then. To us, it was just The Spud Farm, and was something of a rite of passage.

Along the Mill Lane in the mid-to-late seventeen hundreds, about ten mill-workers cottages were built. It is from one of these, converted now into modern and comfortable homes, that I sit and type this blog. But when I was growing up, there were only three left standing, and in many respects, they had not changed much over the decades. Two small rooms, no running water, no toilets. Electricity had arrived in 1930, though that doesn’t mean everyone had power. And when I was growing up, we were the first family on the lane to have a ‘phone.

In the end two cottages, two elderly ladies lived out their days, and I can still recall seeing the rent book from one of them, and it was 2 old pounds per month. It’s hard to reconcile that with today’s prices for a whole range of reasons, but the rental sector right now is frankly out of control and unethical. 1,700 euro per month is not unusual for Dublin. In those days, that sort of money would have bought a house!

In the cottage closest to us lived the Cunninghams, a family of five. Sometime in the seventies, my Dad built on a kitchen extension out the back, and plumbed in mains water. Gone was the dry toilet out in the field (and gone now too is that field), and gone too was the need to fetch water in the enamel pail each morning from the pump across the road (which is still there, though it has been cemented up). According to my Dad, Mary cried when he turned on the tap for the first time in the kitchen.

They were our neighbours, and the three children were in or around the same age as myself and my older brother, so naturally we played together. I am not going to get dewy-eyed about those days; it was my childhood and I loved it, but no doubt, the early years in those cottages must have been tough with young kids in essentially a two-roomed house. As I recall, in the original, the front room was your living area, and the back room was your bedroom. That small bedroom would have been split into two for a little extra privacy. Cosy indeed.

What was never missing from that household was a warm welcome. As there was always coal and slack (the finer particles of coal that were used, usually damp, to bank up a fire overnight) for heating, there seemed to be a perpetual fire in the hearth. So yes, literally a warm welcome, but that’s not what I mean. Not only do I recall the coal fire, but the thick doorsteps of white bread and jam that Mary would serve up as soon as you arrived. And Matt shaving with a cut-throat razor from that same metal bucket. And a general buzz of contentment.

And it was Matt who instilled in me a love of running. It was Matt who decided to set up an athletics club in the village, and it was that patch of grass up in St. Mary’s where we used to train. And as an aside, his wife Mary was a saint, really, so in a way, it was the perfect symmetry.

I recall the first official running vests of that club. Looking back now, they would not make the grade. They were made of some strange and heavy material that could even have been wool, though I suspect some form of polyester. They were certainly scratchy. They were vests or singlets in that old-school style. These ones were light blue and maroon. I suspect some of the influence there may have sprung from the local GAA club (you can read a potted history here) which was also called St. Mary’s. As the story goes, so many Galwegians moved to Leixlip, that they decided they should incorporate the maroon of Galway into their new local club kit. I’ll leave that for others to verify.

If this was a Hollywood-style film, then our hero would be training away on this patch of lumpy grass in his scratchy singlet, only to go on to become Ireland’s greatest Olympian and middle-distance runner, up there with Paavo Nurmi, or, more recently, Hicham el Guerrouj. But that is not the story we are telling today. Instead, it’s a very ordinary tale of a very wonderful couple who bestowed many gifts on me as I grew up. Not that I realised it at the time, of course.

Mary taught me that you don’t have to live in a grand house to be a lady. And also that kindness, generosity and a winning smile will take you most of the way around the world. And Matt taught me all I need to know about running. Matt was a true gent, and he dedicated his life to getting kids like me out running, jumping and anything else you could do on an athletics track or field. In those days, the defining weekend of the athletic calendar was the Community Games. Indeed, it was probably the only event on the calendar.

It was magic, and Saturday was for the heats, and Sunday for the finals. So the main aim was to still be involved on the Sunday, not least because there was a parade. And a parade was a big deal. The marching pipe band would lead us up the Main Street to the aforementioned GAA club grounds, and there we would run, jump and throw as best we could, all the time with an eye on the wooden folding table, groaning with shiny cups, plaques and medals. (And some of those plaques and medals are probably lying somewhere in an old cardboard box in a dusty attic next door). That parade always kicked off outside our house on Mill Lane, and the sound of those bagpipes on a Sunday morning would stir the blood like nothing else. Little wonder they were used to lead armies into battle!

As time passed, and Matt and Mary aged, things moved on in the town. The town itself grew, of course, and clubs blossomed and thrived. The three children grew up, and Matt and Mary moved to a larger and more modern house, just around the corner from that field where we trained. I went on to ‘big school’ where I continued to run, and also discovered other sports such as hockey, rugby and badminton.That’s not to say I continued on being sporty and active. After college, I played in bands, and did precious little real sport of any kind. Not that I would dream of blaming a lack of facilities for that. Today, there are now two busy GAA clubs, along with football, rugby, canoeing, archery, tennis… you name it, and it’s probably happening in Leixlip these days. And we have a state-of-the-art running track at Le Chéile AC.

We are no longer graced with their presence. Mary died first, and Matt passed away seven years ago. I know they were much loved, not just by family and friends, but in the wider community.

I run. Partly because, genetically, my folks bestowed upon me a good build with long legs, and encouraged me to be active. I grew up in a time when you played outdoors all the time. And I mean all the time. In the Summer holidays, you went out in the morning and you came home for dinner.

I run partly because I enjoy it, and I am also okay at it. Not great, not rubbish; somewhere in between, but that doesn’t really matter, because you don’t run for medals anymore. In any event, after the races we do these days, everyone gets a medal…

I run mainly because of Matt. Thank you. A love of running is not a prize. 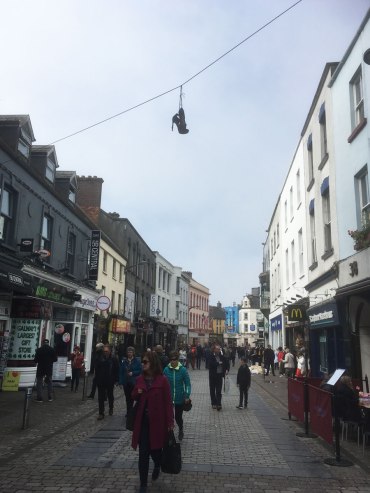 A good night out in Galway, clearly! 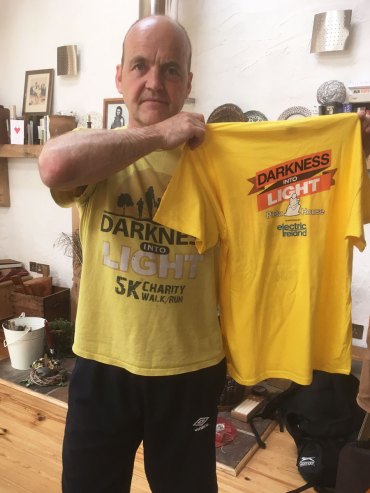 Pieta House Darkness Into Light walk is on this month 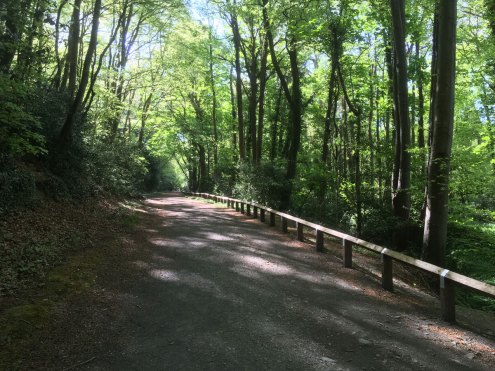 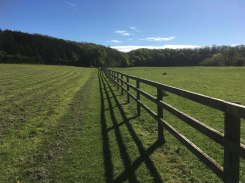 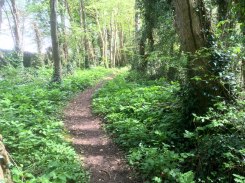 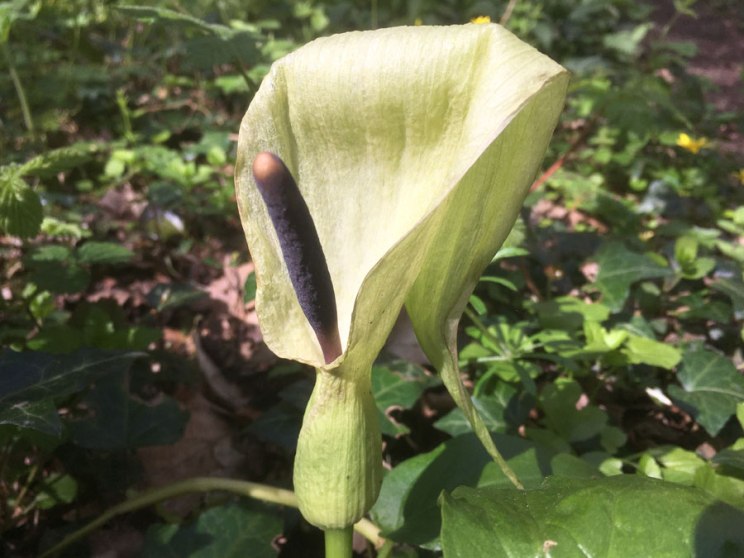 5 thoughts on “For Matt”