So, a quick update. Training is ongoing, though not exactly according to the programme. Mainly this week due to a heavy head cold and niggly cough. Still, got out for a few runs. One of the nicer ones was up the Green Road in the Caher Valley near Fanore in Co. Clare. That was part of a short break away to visit friends last week.

At the weekend, Dallan and I rocked out to Metallica at Slane. Something of an institution, this gig. My first was to see the Rolling Stones in 1982. Yes, that is how old I am… Gas to think they are still gigging all the same… 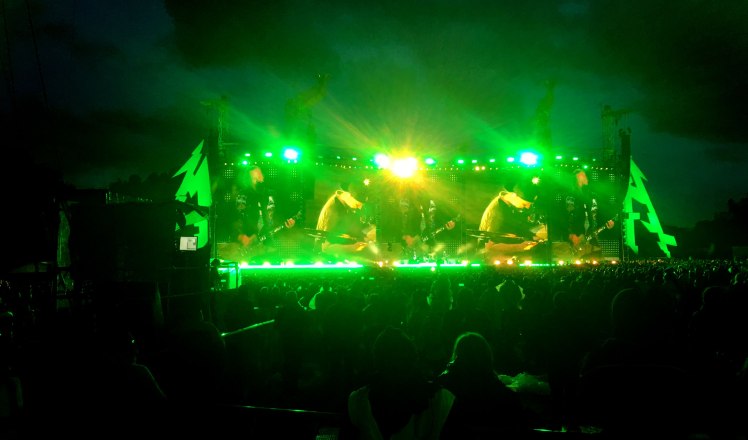 So this week was not as productive as I would have hoped. A nice envelope arrived in the post; a 30 euro voucher for WheelWorx, from my triathlon performance the other week. I did feel a little bit guilty, but then, someone was going to win it, so why not me? It will probably get spent on gels for the Connemara100 anyway.

And so this weekend, which was supposed to be a mammoth 30 and 20 miler ended up being a far more modest 13.5 mile and 6 mile. But on the plus side, I think the cold has run its course, and I should be back on track. Fingers crossed.